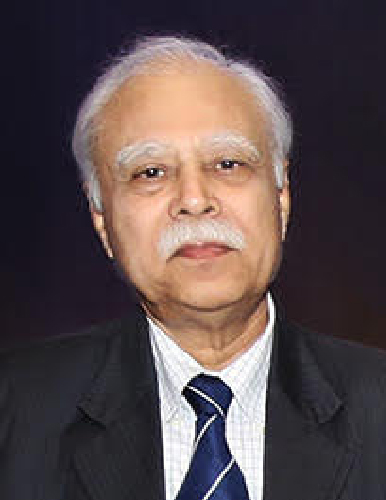 Dr. Chandra P. Sharma was Senior Scientist G and Head, Biomedical Technology Wing, Sree Chitra Tirunal Institute for Medical Sciences & Technology Trivandrum and has been Head, Biosurface Technology Division, SCTIMST Thiruvananthapuram from January 1980 to February 2014. He has been Associate Head, Biomedical Technology Wing, and Associate Dean, PhD Affairs, SCTIMST Thiruvananthapuram. He is presently Adjunct Professor, Department of Pharmaceutical Biotechnology, Manipal College of Pharmaceutical Sciences, Manipal University and Hon. Emeritus Professor, CBEAS, Purbanchal University, Nepal. He is basically a Solid State Physicist from IIT Delhi and received his training in Biomaterials area in the University of Utah (USA) with Prof. D.J. Lyman as a graduate student and in the University of Liverpool, England with Prof. D.F. Williams as a Post Doctoral Research Associate. Dr. Sharma has been awarded FBSE by The International Union of Societies for Biomaterials Science & Engineering (IUS-BSE) in 2008 and FBAO (Fellow Biomaterials

and Artificial Organs) by Society for Biomaterials & Artificial Organs (India) in 2011. He was also British Council Scholar/Research Fellow at Institute of Medical and Dental Bioengineering, University of Liverpool, UK during June 1989 to September 1989 under Indo-UK Programme, British High Commission, New Delhi

Dr. Sharma is member of editorial board of several international journals and many national and international societies and reviewer of reputed journals such as Molecular Pharmaceutics, Langmuir, Biomacromolecules and Biomaterials etc. He is the founder of the Society for Biomaterials and Artificial Organs, India (SBAOI) and the Society for Tissue Engineeering and Regenerative Medicine, India (STERMI). He is the founder editor – Trends in Biomaterials and Artificial Organs – a journal published by SBAOI. He has been the member of IUSBSE since 2003 and observer member since 1996 and has represented SBAOI as Ambassador in the WBC 2004 – Sydney, WBC 2008 – Amsterdam, WBC 2012 – Chengdu, and WBC 2016 – Montreal. He is also the council member of TERMIS-AP, 2005-08, 2008-10. He has also been President SPSI, Trivandrum Chapter and Convener MRSI, Trivandrum Chapter, India.

The projects ongoing and completed by his group relate to the development of Small Diameter Vascular Graft, Hemoperfusion Column, Artificial Wound Dressing Materials – Transdermal Delivery system, Synthesis of Hydroxyapatite, development of nanoparticles and its uses towards drug (peptide) delivery systems and coatings to enhance tissue compatibility of implants, Hemodialysis membranes, improvement of Bioprosthetic Heart valve via surface modifications, and Oral Insulin Delivery Systems (under NMITLI, CSIR, New Delhi) using pH sensitive microspheres/nanoparticles loaded with liposome/ b-cyclodextrin derivatives/ lipids encapsulated insulin. Basic activities also relate understanding of blood/tissue-material interactions at the interface. In case of chitosan, an encouraging wound healing material, Dr. Sharma’s group has studied for the first time during 1990s that its haemostatic potential is independent of classical coagulation cascade and appears to be an interaction between the cell membrane of erythtocytes and chitosan. His laboratory has completed prestigious programmes under NMITLI-CSIR New Delhi on oral delivery of insulin and has been awarded the FADDS project (Facilities for Micro/Nanoparticles based Advanced Drug Delivery Systems) under Drugs and Pharmaceuticals Research Programme, Department of Science & Technology, New Delhi, with a funding of over US$ 1 million. It is being planned to convert FADDS as a National Facility with a funding of about US$ 3 million.